Skip to main content
Felix Celestino is learning civil construction metal working through an apprenticeship made possible by the UNDP-supported Saber Fazer project.

The Saber Fazer project, implemented by the United Nations Development Programme (UNDP) in Angola, contributes to professionalization and entrepreneurship in local communities to enhance local development and combat high unemployment among young people. This is one of the main concerns in the country, and threatens to be exacerbated through the COVID-19 pandemic. As a UN Volunteer Communications Assistant with the project, Ana Ernesto is responsible for documenting and sharing lessons learnt from the project, and shared the below article.

"I used to sell tomatoes in the morning, at the Mutondo street market, to help my family, and in the afternoon I went to school," said Cecília Augusto, 25. The shy girl was forced to speak louder than usual because all we could hear in the room was the sound of sewing machines and people talking happily. That is because Cecília is doing a professional internship in sewing, after finishing training at the National Institute of Employment and Professional Training (INEFOP) in the province of Huíla, southern Angola.

Despite being enrolled in the second year of a Geology course at university, Cecília felt it was not enough to have academic training without the aid of professional training to actually get a job, so she sought out INEFOP. There, she was one of 50 young people selected to undertake an apprenticeship under the Saber Fazer project, supported by UNDP.

"I chose sewing and so far I am loving it," explains the young woman. "This way it will be easier for me to create my own business, instead of waiting for public tender procedures or another profession. I also learned how to be punctual, respectful, humble, to have creativity and focus on what I need to get done," Cecilia adds, in a firm tone.

The Saber Fazer project resulted from a study carried out by UNDP on the role of professional skills development in promoting employment in Angola: a case study in the province of Huíla.

Lorenzo Mancini, an international UN Volunteer, helped coordinate the study that analysed whether technical and vocational training institutions helped improve youth employability. He is quite excited that the resulting project has been a pioneering experience in the country, with UNDP Angola intending to replicate the lessons soon, to give more opportunities to more Angolan youth.

Young people make up the majority of the Angolan population, and 58 per cent are unemployed. In other words, one in two were unemployed even before COVID-19 hit.

Young people make up the majority of the Angolan population and are the most affected by unemployment. According to the Employment Survey of the National Statistics Institute (INE, in portuguese), the unemployment rate of people aged 15 to 24 was 57.8 per cent in the first quarter of 2020. In other words, one in two young Angolans was unemployed, and that was before the country started to feel the impact of COVID-19.

Felix Celestino was in this situation until he chose to take a training course and ended up in one of the professional apprenticeships of the Saber Fazer project. He chose civil construction metal working, because he liked to create new pieces and is completely at ease with machines.

Felix has learned to make windows, bars, doors and gates, but his imagination goes further. "With metal work, I can create anything that comes to my mind. I just use my imagination and put it into practice," he says. "It is necessary to use intelligence to form these pieces. See the calculations and the angles," he explains, clearly excited about the work he has done.

From where he stands, he feels the future is almost clear – although he is concerned about the impact the Coronavirus may have on his future. During the apprenticeship, he is saving money to later set up his own metalwork shop, with other friends. "I have even chosen the name already," he says, smiling. "It will be Serralharia Novo Mundo [or New World Shop]".

In these professional apprenticeships, trainees have a close relationship with the trainers and they feel comfortable speaking and asking questions. The young trainees seem to really like the environment and say they feel better prepared for the job market, particularly in the difficult economic context Angola has experienced over the past years and the developing pandemic situation. 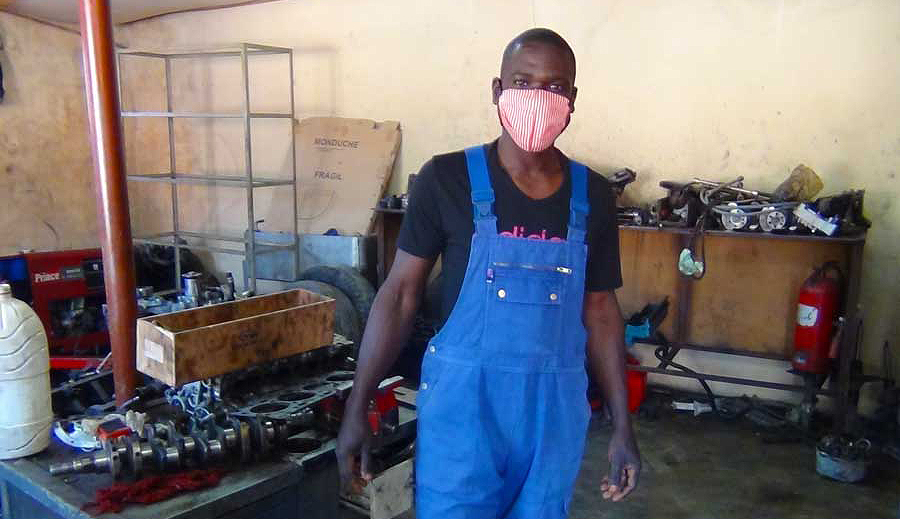 For Lukeba Xavier, 22, the best part of the professional apprenticeship is putting the whole theory into practice. He chose mechanics and is loving assembling and dismantling engines, gearboxes, power transmissions and learning to detect car breakdowns.

The young man left the province of Cabinda, in the north, for Huila to take the training at INEFOP and now says that "it is worth being so far from home".

In Cabinda, “I worked in my father's little grocery store, but I realized that commerce was not for me and that I preferred mechanics”, explained Lukeba. When he finishes the training, he plans to go back home and open a workshop, to employ more youth, who are currently unemployed.

"If all the youngsters went through a professional internship it would be great," Lukeba shares, from the middle of the workshop where he feels at home. "They take courses and courses and trainings but then they have nothing to do and nowhere to go. They just stay at home and cannot earn."

Mariana Catumbela has the same opinion. At the age of 24, she chose to do the professional sewing apprenticeship because she already knew how to do a few things. "My grandfather was a tailor, so I already liked sewing a lot," she explains. 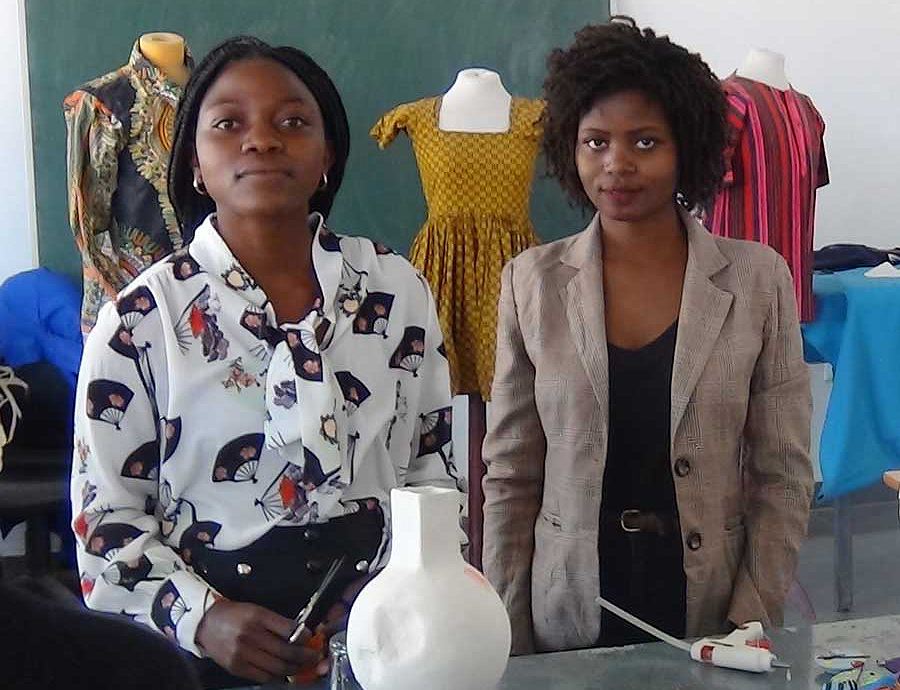 For Cecília Jacinto and Mariana Catumbela, doing a professional internship in sewing is opening a world of opportunities for them and their communities. ©Paulo Alcocer/UNDP/UNV, 2020

Like the others, she also helped her family before by working in the family’s grocery store in the morning, and going to school only in the afternoon. She is still finishing 11th grade, but now she only thinks about fulfilling her dream of opening a clothing studio.

"Now I will do what I want to do," says Mariana. Just like her fellow trainees, she wants to use the oportunity she was given to create a job for herself and others. Mariana knows that she will have to finish 12th grade first, but says that she already feels like an authentic professional. She feels she is as ready as can be for the future.

Volunteering creates a spirit of fellowship and solidarity that allows us to move our society and economy forward in these challenging times, creating a united social fabric. --Edo Stork, UNDP Resident Representative, Angola

"It allows people new space to contribute and – for those who need to develop themselves some more – to become more skilled and productive. In this process, young people donate their time, energy and effort, which I think is a very noble act," Mr Stork continues. "By helping young people become entrepreneurs and, one day, employ their peers, I like to believe that we were able to contribute to enhancing this spirit of community."

The apprenticeships are important to give youth skills they will need to stand out in the job market and, at the same time, the opportunity to learn from others directly. As a UN Volunteer with UNDP, I have come to appreciate the power of being given an opportunity to learn in the real world.

Since I joined this project to tell the stories of these young people, every story has been transformative. I have seen first-hand how young people have made such a tremendous difference in their communities by being active models of change. Most youth I interact with in the project tell me that they plan to use their new acquired knowledge to help their communities, by investing in their peers and helping them grow and succeed professionally. This type of engagement showed me that, just like in volunteering, there are many and simple ways to give back to the community, one step at a time. --Ana Ernesto, UN Volunteer Communications Assistant with UNDP