Nizar (24), Raymonda (28) and Zeinab (27) serve as UN Youth Volunteers in Water/Irrigation Engineering, assisting with the upgrade of existing irrigation infrastructure.

"The project targets the rehabilitation of existing damaged irrigation canals and the transformation of earthen canals to concrete canals," Raymonda explains.

In many regions of the country, the very old earthen canals used to transmit water to agricultural lands cause massive water losses. Given that groundwater resources are already over-exploited, the inefficiency of the canals heightens existing strains. Upgrading irrigation canals increases the net amount of water available for use, ultimately translating to increased crop yields and improved livelihoods for farmers.

Prior to the project, farmers relied mostly on groundwater as a water source for irrigation. By upgrading the irrigation canals, they now rely on surface water, hence groundwater can be used for other purposes, like drinking. Moreover, the upgrade of irrigation canals from earthen to concrete canals reduced water losses by around 40 per cent, which also enhanced water availability. --Zeinab Chamas, UN Youth Volunteer with UNDP Lebanon

The project targets rural areas across the country, including the North, Bekaa and the South. So far, it has been implemented in 13 sites, with more than 30,000 beneficiaries. The project is funded by the Government of Germany's Kreditanstalt für Wiederaufbau (Credit Institute for Reconstruction, KfW), in partnership with the Ministry of Energy and Water and local municipalities.

Zeinab was assigned to work on sites in the South of Lebanon, while Raymonda and Nizar work in the North and Bekaa respectively. Their day-to-day work involves a combination of office and site work.

"When on site, I monitor the work of contractors to make sure all activities are executed properly,” Zeinab says. 'I supervise the work of labourers and ensure the implementation of safety measures on site. This is complemented by additional office tasks I undertake, including writing reports on progress and identifying beneficiaries and potential sites. I work closely with the site engineer, who is my direct supervisor."

All three UN Youth Volunteers feel that their work contributes to addressing climate change and its impact. Raymonda notes, "The upgrading of irrigation canals makes the water cleaner and decreases water pollution, therefore decreasing the emission of some toxic gases, which may subsequently contribute to global warming activities."

Nizar further explains that as part of the project, they encourage farmers to use springs for irrigation, instead of relying on deep wells to pump groundwater. The resulting reduction in the use of water pumps, which rely on diesel and electricity, further reduces air pollution.

Beyond their work, Zeinab is confident that youth can play a role in directly responding to some effects of climate change. Last year, she won a green ticket to the Youth Climate Summit, thanks to her efforts to engage young people and her scientific research on resource use and allocation.

Nizar, Raymonda, and Zeinab’s contributions to UNDP Lebanon showcase the potential of youth to play an important role in promoting the Sustainable Development Goals. 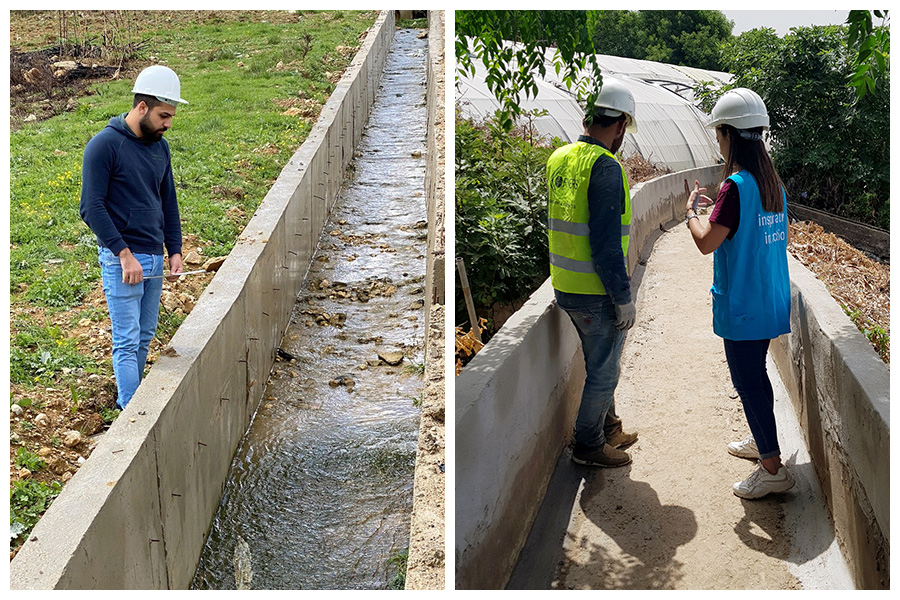